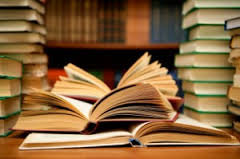 First of all, don’t believe everything you read. A lot of folks publish online family trees fraught with errors.  Always check other researchers’ information yourself before accepting their conclusions.  Even long-published sources like Thomas Cowen’s Edwardian-era History of Stoney Middleton, and even some expert area genealogists,  have made some genealogical errors–all of us can and do make mistakes.  Check, double-check, debate–the best family history work is done this way.

Secondly, try not to conjure ancestors for whom there is no concrete evidence, but conversely don’t try to fit every baptism into every later marriage or burial–some parish events were not recorded or are lost (or are recorded incorrectly) and trying too hard “not to conjure” can also lead to some chronological impossibilities and ignoring other sources of evidence, like onomastics (the study of proper names and naming patterns).  The name John doesn’t often tell you much at Stoney Middleton about who’s related to whom, but a name like Boniface or Philadelphia most often does yield useful genealogical connections.

Thirdly, remember that Stoney Middletonites married outside the village often.  To do genealogy focused on the village, one also has to learn a fair bit about families at Baslow, Calver, Curbar, Eyam, Foolow, Froggatt, Great and Little Longstone, Grindleford Bridge, Grindlow, , Rowland,  Stoke, Tideswell, Toadpool, and Wardlow,  to name only a few of the more common localities from which Stoney Middleton locals took spouses.  Also, if one is studying all of the descendants of a Stoney family, sooner or later one will also be looking at family members living in Sheffield or Manchester, especially from the late 1700s on.

Fourthly, do have hypotheses and hunches–being too glued to extant records can make us miss other information that is harder to uncover–much science has been accomplished testing hypotheses and the same is true for family history.  However, avoid wild speculations, and be ready to surrender hypotheses when you are confronted with adequate data to refute them.  I have been correct often with hypotheses, but I’ve also been wrong a fair bit of the time, and one has to acknowledge mistaken assumptions and move on.

Fifthly, be aware that Stoney Middletonites, and Derwent and Hope Valley denizens in general, tended to marry at a bit older age than their counterparts in Sheffield (but not always!)  Sixthly, remember the importance of respect when doing genealogy research–always credit your sources for their work, including your online correspondents–if you got information from one of them, do credit them as the source of same.   And when disagreeing with another living genealogist’s findings, do be civil about it–like so many other domains today, genealogy websites and listserves can be the sight of online “flame wars” that are uncomfortable, at times strident and unkind, and ultimately damaging to family history work, because such “flame wars” hinder communication and the sharing of correct information.