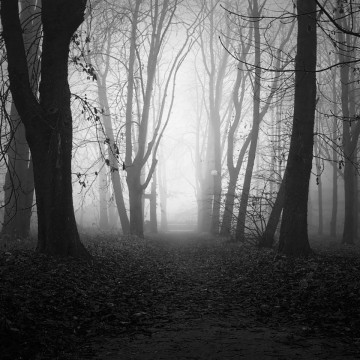 Guest writer K.B. GODDARD takes a look at one of England’s most spooky villages, Stoney Middleton in the Derbyshire Dales.

The following story about the village appears on the website of spookyisles.com

K B Goddard lives locally and is a published author or ghost stories (see her publications). This short story encapsulates the village perfectly.

Nestled in the shade of the high limestone cliffs, Stoney Middleton has become something of a forgotten village. This may be due in large part to its close proximity to its more famous neighbor, the plague village of Eyam. With the busy A623 passing through its centre, Stoney Middleton today has become a place passed through by commuters and tourists rather than a destination in its own right. On the surface this may seem to be just another sleepy English village. But appearances can be deceptive.

Once the family seat of the Lord Chief Justice of England, Thomas Denman, famous for his defense of Queen Caroline, Stoney Middleton is a village steeped in history. However, it may surprise anyone visiting this picturesque village to learn that there is also a macabre and sinister side to Stoney Middleton’s history, including murder and a famous failed suicide bid.

The tale of murder begins in the neighboring village of Eyam during the village’s annual Wakes Week celebrations. A Scottish pedlar was in the habit of coming to the Wakes celebrations to sell his goods. One year there was some trouble between the pedlar and some other traders. He suspected them of trading without licences and so reported them to the constable. When the constable found that they did not have the necessary permits they were forced to pack up their wares and cease trading. This naturally led to some bad feeling towards the Scottish pedlar.

It is said that the landlord of The Bull’s Head in Eyam, being concerned for the pedlar’s safety, sent one of his men to accompany him to Stoney Middleton, where he was to lodge for the night. However, though he arrived safely in Stoney Middleton the pedlar’s enemies pursued him. According to local legend they murdered him there at The Moon Inn, while the landlord turned a blind eye. To cover up their ghastly crime, they took the corpse to a cave known as Carlswark Cavern in the dale between Eyam and Stoney Middleton and there they left him.

The body lay undiscovered for around 20 years. When finally found, the body is said to have been identified by the silver buckles on his shoes and other items of clothing. The remains were taken to Eyam church where they were left unclaimed for several years before eventually being given burial there.

Opinions vary as to how the corpse was eventually discovered. According to some accounts it was discovered by a resident of Eyam following a prophetic dream. Victorian writer Bernard Bird in his book, Perambulations of Barney the Irishman, (1854), claimed that when a passer-by found a man’s shoe near the cave he deduced that a murder had been committed!

The grizzliest account is one from Black’s Tourist’s Guide to Derbyshire, (1866), which claims that when the cavern flooded it washed into the dale a human foot clad in a shoe complete with silver buckle. Perhaps most disturbing of all are suggestions that after the discovery of his body the pedlar’s shoes were taken by an Eyam bell ringer who proceeded to wear them out.

It was said that the pedlar’s ghost had been seen at the cavern and that horses did not like to pass the spot. It has also been suggested that he haunts The Moon Inn. The village has in fact been visited by T.V.’s Most Haunted team, who investigated at The Moon Inn.

There’s just one small problem with the notion that the pedlar may be haunting the pub to this day: the current site of the Moon Inn is on the opposite side of the road from where it was in the pedlar’s day, the name and license having transferred to the new site in the 19th century. Quite why the ghost should have decided to haunt this new location nobody knows. Perhaps he took the transfer of the spirit license literally!

But Stoney Middleton is probably best known not for murder but for a suicide bid by one of its residents. In 1762 heartbroken Hannah Baddeley having been spurned by her lover took herself to the top of a cliff in The Dale and in her despair threw herself off, intending to end her life.

Miraculously, thanks to her descent being slowed as her clothing caught and tore on the trees and rocks projecting from the cliff, Hannah survived the fall. According to some more romantic versions of this legend the lovesick Hannah was saved by her skirts billowing out to form a parachute.

As with the legend of the murdered pedlar what happened next is unclear. Some accounts say that she was so remarkably unhurt that she was able to walk home; others she was much injured. It has been claimed by some that she lived for many years after her leap but the general consensus is that she died just two years later.

The accounts of Hannah’s leap do all agree on one point, however. After her escape, Hannah was cured of her infatuation and repented of her actions. She was still unmarried at the time of her death. Today the cliff from which she jumped is still known as Lover’s Leap. A board can be seen outside the building at the foot of the cliff commemorating Hannah’s lucky escape.

K.B. GODDARD is a Derbyshire-based writer specialising in Victorian style ghost stories. She has published two short story collections so far and has plans for a third. Her work has also been featured on horror fiction site Shadows at the Door and on The Wicked Library podcast. She loves history, mythology, Sherlock Holmes and old ghost stories. Not necessarily in that order.