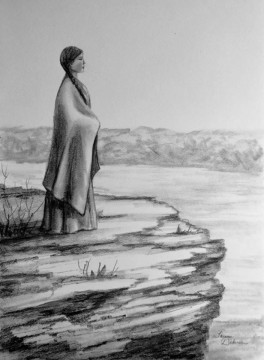 The Lovers Leap is a story of Hannah Baddeley, a lady jilted by the love of her life leapt from the cliff tops in Stoney Middleton. Miraculously she survived with no more than cuts and bruises when her voluminous skirts billowed out and acted like a parachute slowing her fall. The building at the foot of the cliffs where she came to rest took the name which it has kept to this day.

The Lovers Leap acquired its name after an incident in 1762, when a young woman by the name of Hannah Baddeley, daughter of William Baddeley and his wife Joan née Townsend. She was baptised 22 Feb 1738/9 and at the age of 24/5 attempted to commit suicide by throwing herself over the cliff top. Her lover, William Barnsley, had jilted her, and she had decided to end it all. Miraculously her billowing petticoats acted like a parachute on the way down, until they were caught in brambles protruding from a ledge. This saved her life and all she suffered were a few cuts and bruises. However, this story does not have a happy ending: Hannah died two years later of natural causes, still unmarried. She was buried 12 Dec 1764. Her father William died in 1758, and mother Joan in 1766, and they were survived by just one grandchild. The details of this event are recorded on an information board outside the Curry Cottage Restaurant that marks the location of the leap.

The Lovers Leap now a restaurant is one of Stoney Middleton’s most iconic buildings, nestling under high cliffs which tower above. The building is built directly onto the rock which forms its rear wall; a shallow cave was left in place and today is incorporated into the building and used as a secluded dining area, creating a very atmospheric experience with water trickling down the cave walls.  The building carries a date plaque bearing the date 1762 the same year that Hannah jumped and it is easy to see how the building took the name ‘Lovers Leap’. The building’s original use is not known, however the oldest records found so far show that it was a public house and it is reasonable to assume that was its original use. Its use changed in the mid 1900’s becoming first a café and then a restaurant in the early 2000’s, this use continues today.