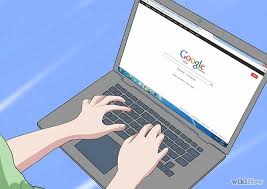 The best and most professional website to assist with Stoney Middleton genealogy and local history is that of Ms. Rosemary R. Lockie, nee Goddard. Ms. Lockie maintains a genealogy site, and also a local history site, both of which cover extensively material related to the history and families of Stoney Middleton.  Ms.  Lockie’s materials include databases of Stoney Middleton-related families; lists of vicars, licensed voters, and licensed victuallers; an article authored by Ms. Lockie  on the histories and family ties of Stoney’s public houses; information on other area businesses and industries; and transcriptions of the census for Stoney Middleton from 1841 to 1901, among other detailed data.

Other excellent websites with information germane to Stoney Middleton genealogy research include those of Ms. Marjorie Ward on northwest Derbyshire, especially the Hope Valley, but also on the Derwent Valley, of which Stoney Middleton is historically a part. Her website includes summaries of wills, census returns, various parish register entries for communities in the Hope Valley, and a host of other material.  Ms. Ward also operates an excellent separate website www.disley.net, which covers several towns on the Derbyshire/Cheshire border, including Taxal and Whaley Bridge, whose inhabitants had occasional interactions with Stoney Middleton villagers.

A vital presence on the DERBYSGEN genealogy listserve on www.rootsweb.com has been Mr. Mike Spencer.  His various contributions of data on Stoney and on many surrounding towns include:   lists of more recent wills; parish resettlement certificates; various applications to area almshouses; records of illegitimate births; and a host of other material.  Mr. Spencer’s various data summaries may be found at his current website.

Mention must be made also of the stupendous website of Mr. John Palmer. The website is the envy of Derbyshire genealogy researchers everywhere as it is dauntingly exhaustive.  Among other subpages, Mr. Palmer has listings of the Derbyshire Petty and Quarter Sessions, where some of the legal infractions of Stoney Middleton and other area residents may be found.