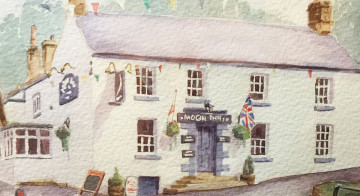 Ellie Wilson studying at Sheffield Hallam University was so taken by the heritage and charm of the village she penned the following poems.

The first tells the story of Cesare Dati an Italian prisoner of the second world war, captured in Africa before being sent to the POW camp in the village.

The second tells the stories (true) linked to the pubs of the village, the Moon Inn and the former Royal Oak and Lovers Leap.

Thank you Ellie for captivating and portraying the village so beautifully…

The Story of an Italian Soldier

The journey to England was long and tough,

Squashed in small places as the sea became rough.

Little food and water made us tired and weak,

The days were never ending, so dark and bleak.

But as we set foot on the English ground,

A newly discovered love for the country was found.

Although we were taken as prisoners of war,

Life was anything but a bore.

The camp allowed us freedom and joy,

And the villagers were welcoming, far from coy.

Everybody preferred our lives this way,

No fighting and happiness was how we wanted it to stay.

The work we were given was not at all bad,

Digging limestone from the quarry, what fun we had!

The stones were used for railways and roads,

The residents were happy, in their actions it showed.

A girl called Rose invited me for tea,

A relationship was blooming; it was clear to see.

Other Italians seemed to be a hit with the girls,

Showering with gifts: flowers and pearls.

The local lads had been sent away to fight,

We made good use of our time spent here,

Being captured meant no fighting, no fear.

As our time at the camp drew to a close,

The English became our friends, not foes.

It was very hard to say goodbye,

As I kissed Rose with a tear in my eye.

I hoped one day we would meet again,

But for now in my memory, at least until then. 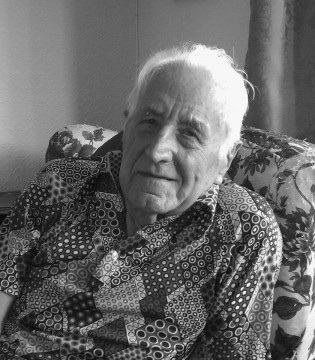 Pubs and folklore in Stoney Middleton

The pubs in the village were bustling and fun,

Men meeting their friends after a day at work done.

Bumping into all the people they loved and knew.

The tales in these pubs have lived to this day,

The history of this village willing to stay.

A murder took place at The Moon Inn,

The story of a peddler who committed a sin.

The man was a snitch to his fellow friends,

Because they were unlicensed, jobs forced to an end.

So they followed him home and a murder took place,

For 20 years he was covered, an unsolved case.

A blinding story of a girl in love,

Rejected and heartbroken she jumped from above.

A message of adoration she looked out to send,

But because of her cape, this was not the end.

Falling out behind and bringing her down safe,

Then there was the couple staying at The Royal Oak,

Proving in their belongings they were far from broke.

As they set off into the Peak District one day,

Marriage they intended, vows they hoped to say,

Five miners killed them for their money and goods,

Burying the bodies deep in to the woods.

Stoney Middleton is a village full of magic and tales,

All must visit to experience the charm,

The atmosphere leaving you relaxed and calm.

The community here are welcoming and warm,

Their aim to make history a memorable form.